KUALA LUMPUR - Countries exporting halal could suffer a shortfall of around $3 billion due to the postponement of the Tokyo Olympics due to the COVID-19, with Malaysia taking a $200 million hit,  a top official has calculated.

According to Hairol Ariffein Sahari, chief executive of the Halal Industry Development Corporation (HDC), which promotes Malaysia’s halal industry, the decision by the International Olympic Committee announced Mar 24 to postpone the event until next year will have a “huge impact” on efforts to build a halal economy around the Games.

“A lot of work has been done to promote halal products, and Malaysian halal products in particular, for Tokyo 2020,” the CEO told Salaam Gateway.

"The opportunity missed by all halal exporting countries is about $3 billion; for Malaysia we are going to miss around $200 million.”

The July-to-August spectacle had taken centre stage amid efforts by HDC and other agencies to promote halal certification in Japan and encourage Malaysian exporters to open up a market of over 125 million mostly non-Muslims.

Malaysian officials had organised roadshows and seminars to tempt halal food, cosmetics and fashion manufacturers to start opening up export channels to Japan. At the same time, the country has seen a surge of halal certification bodies. Malaysian certifier JAKIM currently recognises seven of these, while a number of others are accredited by other bodies.

According to rudimentary calculations based on visitor numbers and average spend, Hairol Ariffein predicts the global halal industry will see an overall loss in expected income of $3 billion from Japan this year, mainly on the back of tourists now not attending the Games.

Relative to an anticipated 25% growth in halal exports to Japan this year, to $800 million, Malaysia stands to be forced to put this $200 million in additional trade on ice until next year.

Though the figures at this stage are just estimates, they tend to ring true, according to one of the leading figures in the effort to open up Japan to Malaysian halal exporters.

“That could be a reasonable number, as long as these companies would have been using the right strategy,” Yokoyama Shinya, co-founder of Tokyo-based Food Diversity, told Salaam Gateway.

For the last two years ahead of the Olympics, Yokoyama has been advising Malaysian companies that have shown an interest in the Japanese market how to do business there. He has worked alongside HDC to promote halal in Japan across a number of workshops and seminars in Malaysia.

“The whole halal community was disappointed to hear that the Olympic and Paralympic Games are not going to be held. But luckily, they are only being postponed,” he added.

Companies should take this time in lockdown to build robust strategies in time for the coronavirus pandemic to die down and export markets to re-emerge, if only they can stay liquid for that time.

The delay will also give more time to companies that had planned to start exporting to Japan ahead of the Olympics but were still not ready to do so by the time the Games announcement was made.

Indeed, the moratorium could be seen as a blessing for unprepared halal businesses, Yokoyama believes.

“I think they thought it wouldn’t be very difficult for them to export to Japan, with the support of MATRADE (Malaysia External Trade Development Corp) and MIDA (Malaysian Investment Development Authority),” he said. “But surprisingly many of them haven’t even visited Japan before, so how can they possibly know about Japanese consumers?”

During a  year-long postponement, with the Games expected to take place not later than summer 2021, food manufacturers would be advised to serve the booming trend in Japan for vegan and vegetarian food, Yokoyama said. They need to dial down the halal labelling, too.

“There’s no need to trade strongly on a product’s halal certification. It would be better to promote healthier foods instead, which are in big demand.

“Japanese people, especially women, have been looking at the vegan market very seriously. This presents opportunities for Malaysian SMEs to tap the market, just as long as they don’t use halal too strongly,” he said, adding that he has already been discussing this with businesses that are planning their strategy for next year.

At HDC, Hairol Ariffein also sees reasons for optimism in the face of a nationwide lockdown and gloomy trade predictions.

“The impact [of the Olympics postponement] has been huge, but the way I see it, SMEs need to think ahead, post the COVID-19 crisis. This is very important,” he said.

“Halal stands a very good chance to fly above this pandemic due to the value it brings. This crisis should teach consumers the importance of clean and safe products, and that is something that halal is offering. I have a very positive feeling about this one.” 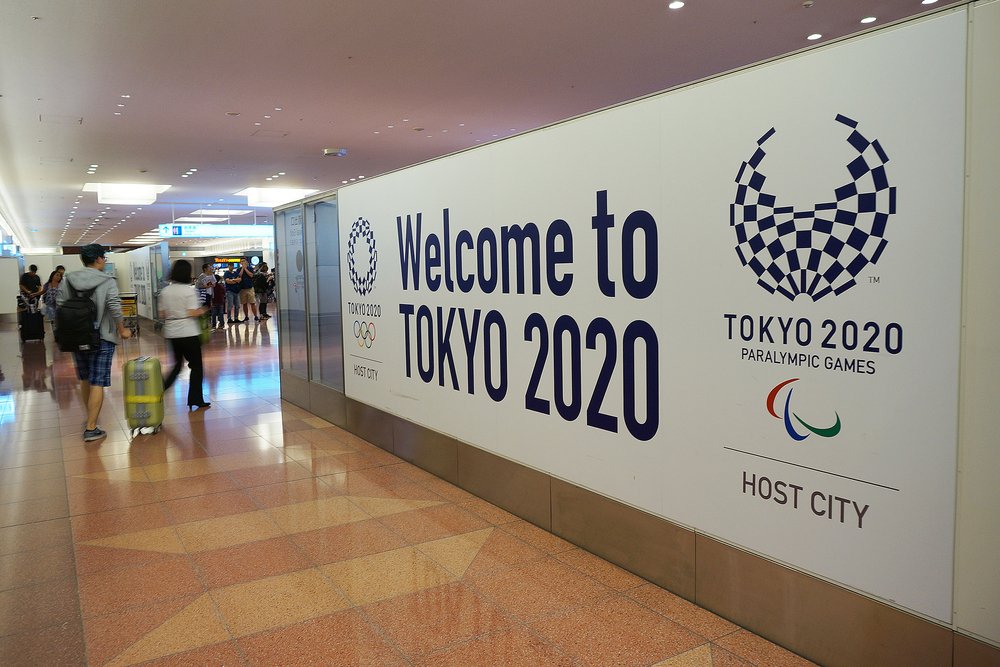 Countries exporting halal staring at $3 bln shortfall due to postponed Tokyo Olympics – HDC CEO
KUALA LUMPUR - Countries exporting halal could suffer a shortfall of around $3 billion due to the postponement of the Tokyo Olympics due to the COVID-19, with Malaysia taking a $200 million hit,&nb..
https://food.salaamgateway.com/story/malaysia-halal-industry-staring-at-200-mln-shortfall-due-to-postponed-tokyo-olympics-hdc-ceo